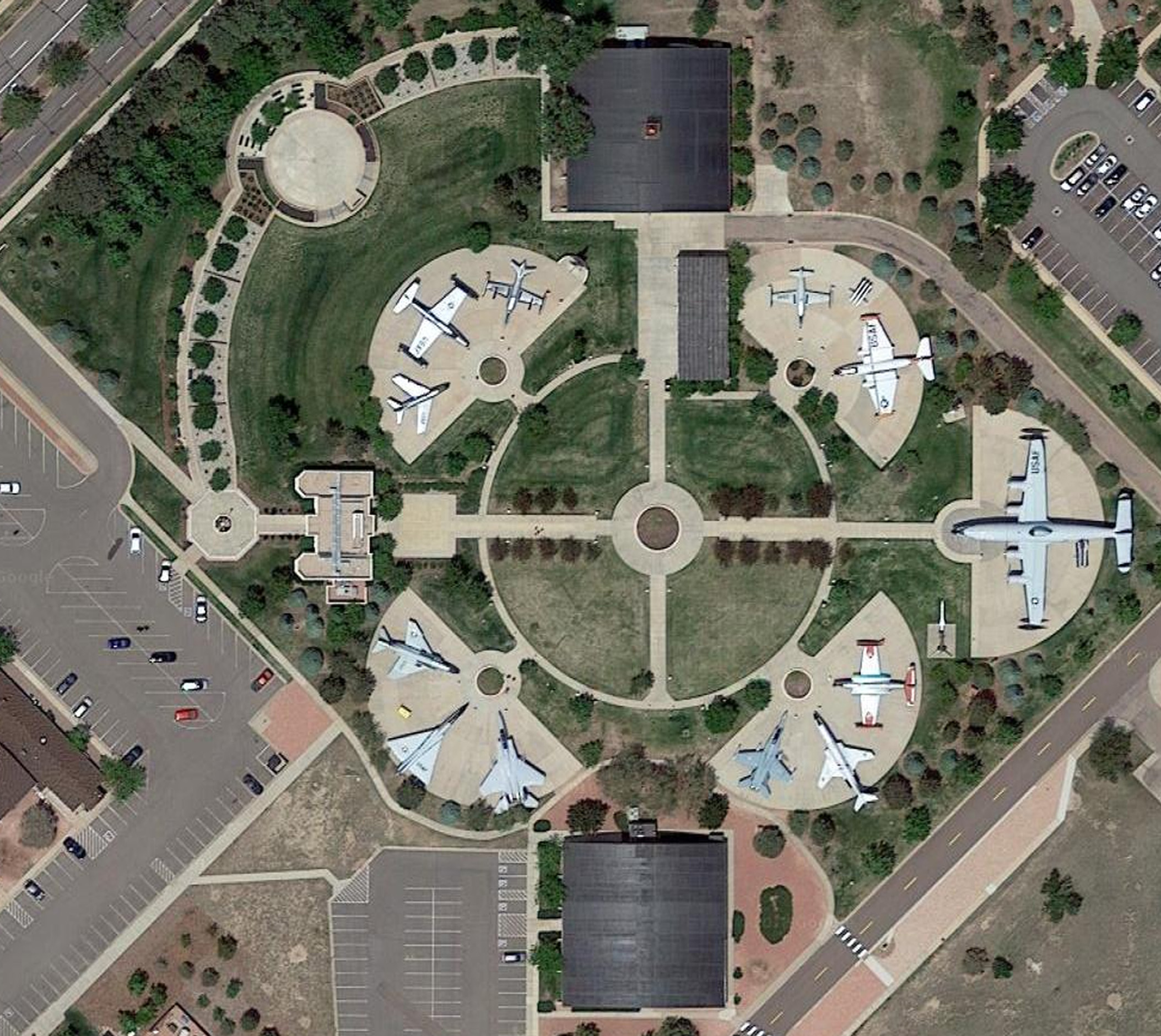 It is the site of Colorado Spring’s first municipal airfield. The four original airfield structures, built between 1928 and 1941, still remain. In fact, three of those buildings anchor our museum complex, which includes an airpark and Medal of Honor park. Our Museum is named after 1st Lieutenant Edward J. Peterson, a World War II US Army Air Corps pilot and native son of Englewood, Colorado. Tragically, he perished after a crash on the airfield on August 9, 1942. The base was renamed in his honor in December that same year. The Museum today attracts over 20,000 military and civilian visitors annually, from all states and many foreign countries. Our buildings are listed on the National Register of Historic Places, and create a prized state historic district right inside the active duty base.

The oldest structure in the museum complex, built in 1928

Our airpark is anchored by 3 of the 4 original City of Colorado Springs’ municipal airport buildings.

Paying tribute to the USAF recipients of the Medal of Honor

You may walk or drive to any of the displays located off the museum complex, but please follow base regulations.

Incredibly wonderful! A “blast to the past!”

Sarah, Jeff and Lane B.

HELP US CONTINUE OUR MISSION